The Cornelius Cabinet of Curiosity #3

Rudall & Rose, who although in terms of 8 keyed flutes at any rate, produced a very recognisable style of flute over a period of almost 100 years, were also notable for undertaking to produce a very wide range of different flutes...if asked to do so.

Cabinet #2 was such an example, although perhaps, given that this was a very early example, it could be claimed that they hadn't developed their house style to the extent that they later achieved.

This flute though, is much later, and can be accurately dated, and although it has strong elements of the house style has also many idiosyncratic features.

Which rather conveniently dates it to 1847-50 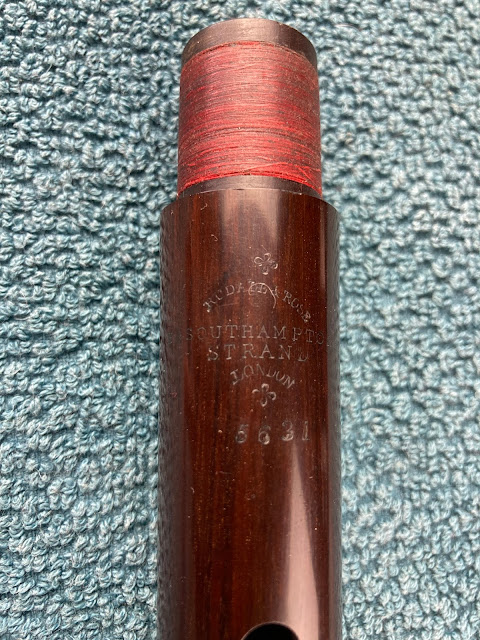 Pictured like this the flute appears perfectly normal, but a view of the whole instrument shows the "curiosity" value. 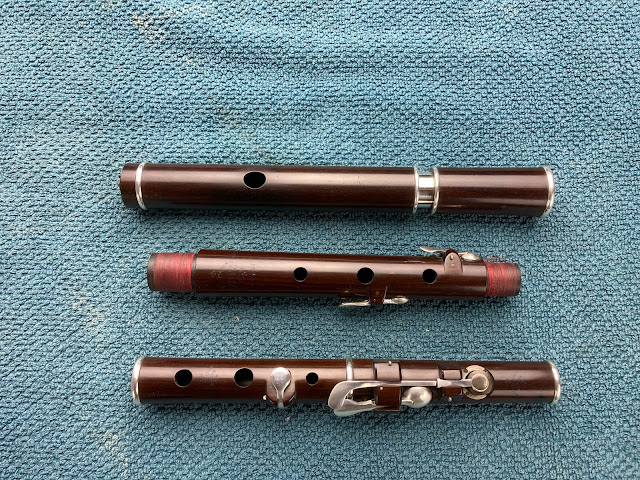 As you can clearly see, this is a five keyed flute, with keys for Bb, G#, short F nat, Eb, and low C#, made at least 50 years after 8 keys had become the standard set up.
In fact this particular arrangement of keys occurs in some of the very earliest flutes with multiple keys from the 1760s and 70s, such as those by Potter Senior for example.
Why was this flute made, and for whom? Unfortunately, we'll never know.
What is remarkable is the condition of the flute. It was bought at auction in 2007, and received only the most superficial of restoration, pads, rethreaded joints, and and a light polish to the keys. This indicates to me that the flute has had very, very little use. It came in the original case, which was also almost pristine.
I've always believed that a good indicator that a flute has seen little use is the condition of the stamp on the upper middle joint, since it's just where one holds the flute to assemble and dissemble it. In this case it's absolutely crisp.
The condition of the flute leads me to believe that a very short time after it was acquired it was basically abandoned as a playing instrument, but had obviously been carefully stored.
Surprising though that it should have been "abandoned" in any sense as it's one of the finest R & Rs that I've ever played.
Here's the embouchure... 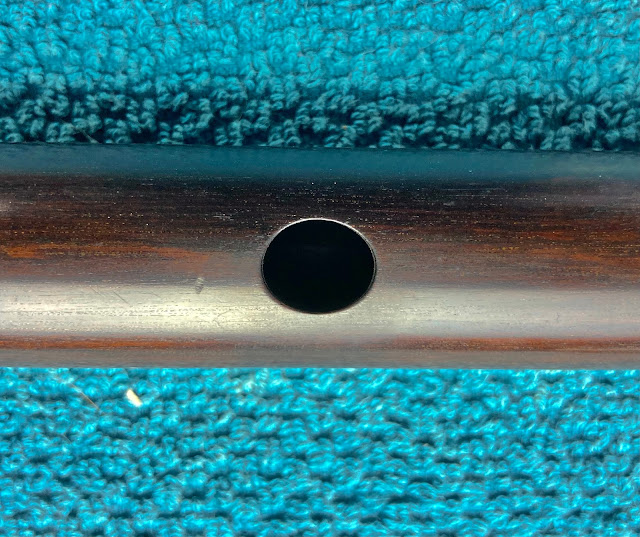 And a couple of details of the key work, showing the short F tilted for easy access by R3 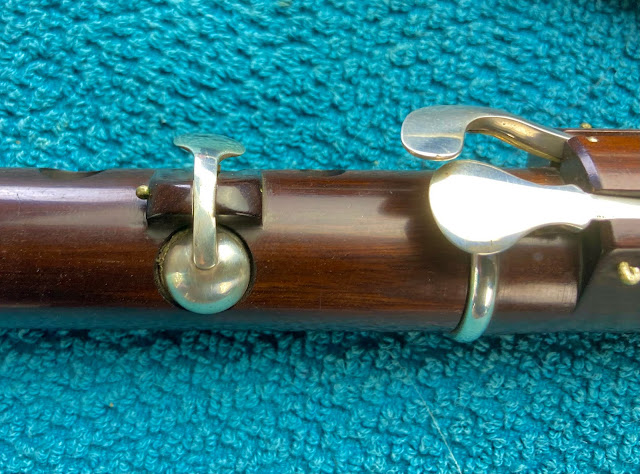 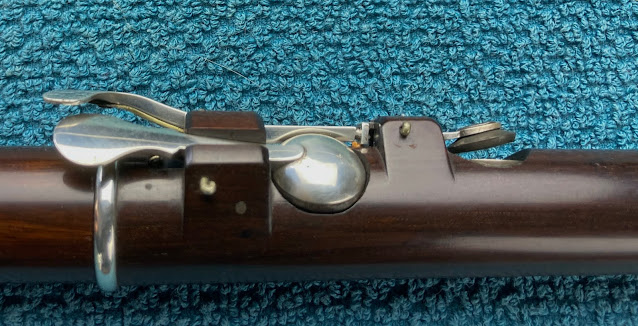 However I've saved the most unusual thing to last.
I was so impressed by this flute and its playing capacity that I took measurements, and discovered what is the really curious thing about this instrument, which, in fairness will only mean something to another flute maker or restorer.
The bore of the cone bore flute, to give a rather simplistic account, is not generally a straight unvarying taper, certainly not in a flute of this period. Again to simplify matters, each joint follows a very broad pattern of starting at the wide end with a steep taper, followed by a less steep one.
Contrary to many people's idea, this variation in taper was not produced by having a profiled reamer which incorporated the two tapers in the one tool, but rather by using two reamers, the one with the less steep taper first, and then opening out the upper end with the reamer with the steeper taper.
In this case however, although the lower joints follow the "standard" pattern, the upper middle most remarkably demonstrates the reverse, in that the steeper taper is in the lower end of the joint, as in B here... 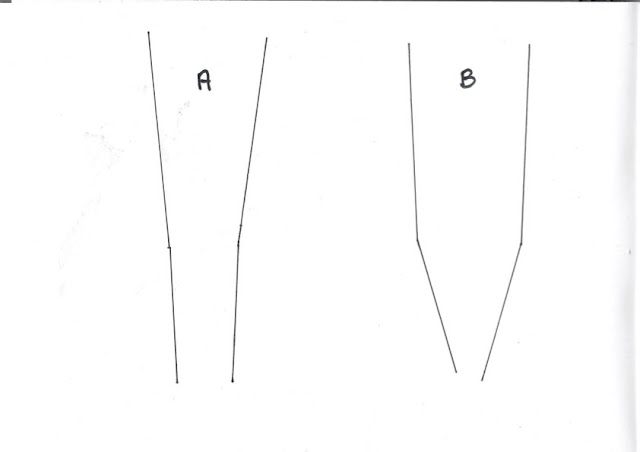 Having thought about this for some considerable time, I even went back and recently re-measured the upper middle to make sure that I hadn't imagined it...but no - it is what it is.
How was such a bore made? And probably more importantly, why was such a bore made?
It must be understood that this was not simply a matter of using the reamers "the wrong way round", and although there may be ways of doing this using two separate reamers, it seems to me that in this case probably a profiled reamer was used.
Apart from this anomaly, the bore is a standard one for a R & R of the period.
All in all, definitely a good candidate for the Cabinet of Curiosity.