So the crack work is finished, and in fact the whole head restored. and came out as I had hoped. Photos below are again taken from the same angle as the original, but the one taken directly from the side probably gives a false impression, in that the ends of the stitches are in fact not as visible as they appear in the photos. As you can see the actual crack itself is very hard to see...which is the whole point of the operation.

As you also can see, that's a pretty fancy head cap, and the ring's not to bad either. I acquired this flute some time ago, and it is unusual, not to say unique. I'm in the process of restoring it, and in that process I hope to document the flute and how it was put together, because it seems to be the work of more than one maker, or, as I suspect a collaboration between a professional flautist and more than one maker.
So whether I'll post about it as I go along, or save it all up and post it at one go, I'm not sure.
But just to give an idea of the quality of workmanship that we're dealing with, here's a snap ( as my mother would've called it) of that head cap. 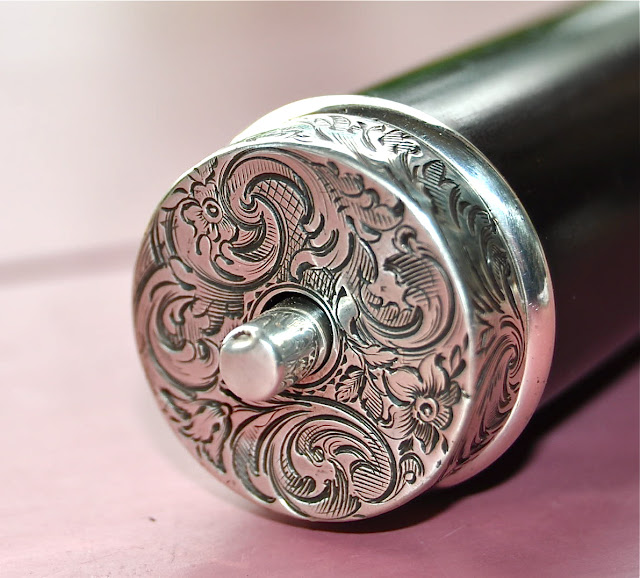