So finally, camera sorted out and photos of the new keys that I promised such a long time ago (February last year ) In some ways they're still a work in progress, but in general I'm happy with the overall appearance and performance. Here's the long C and Bb. 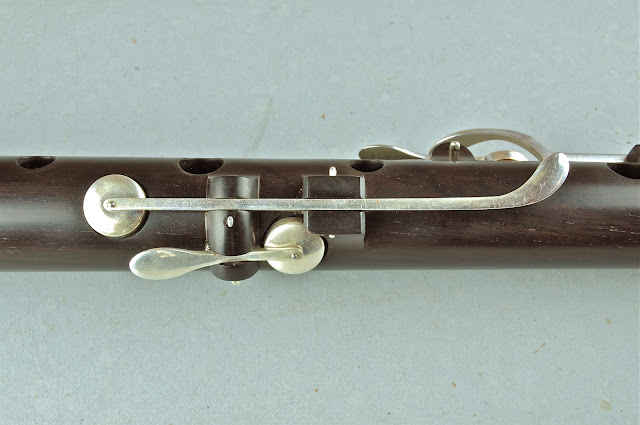 and a closer look at the same... 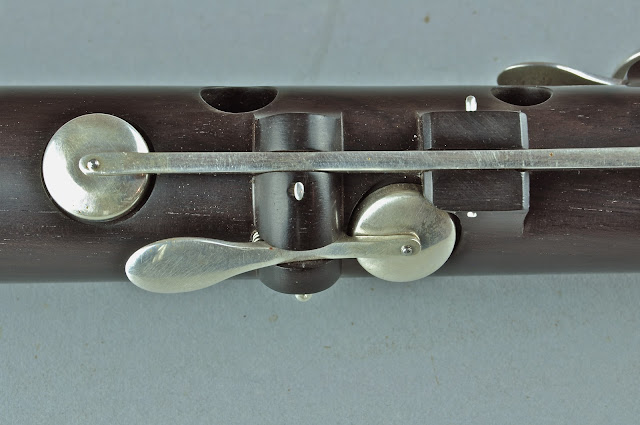 and the long F and G# 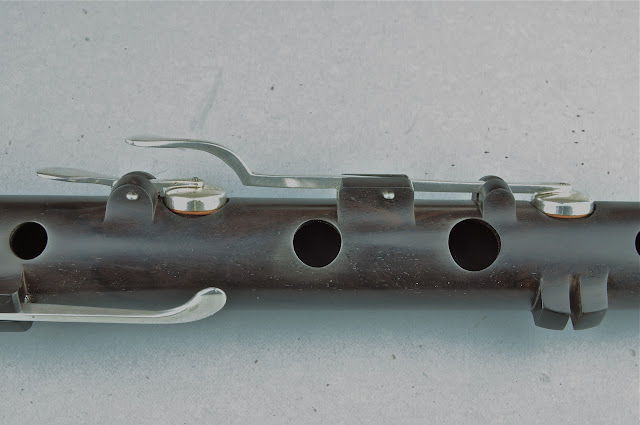 It's amazing how the camera shows up all the little details that one doesn't particularly want to be seen, such as the micro scratches on the silver, the little flakes of shellac on the key cups and the polish mark around the R1 finger hole, because I was playing the flute with polishy fingers in the workshop.

Amazing how time passes! It's now almost six weeks since the Cruinniú...
The Cork Fleadh Cheoil was held here in the village last weekend, so I went along to some of the flute competitions, since a good few of the competitors were playing my instruments, to see how they'd get on.
I must admit to having reservations about the whole competition thing, since for me at any rate music is not about competition. On the other hand, for lots of kids that are learning traditional music, these competitions are the only outlet they have for performance, so I suppose they have a role in that sense.
Fleadhanna Cheoil have changed quite a lot over the years. When I was young  a county Fleadh was a great opportunity to meet and play with all the major musicians from that county and even province, and the major events for most people were the sessions that happened on the sidelines. In recent years, the number of sessions happening at county and regional Fleadhanna has really decreased, as has the presence of adult musicians, not just in the sessions but also in the competitions. Thirty years ago, the senior ( over 18 ) competitons would attract many of the accomplished adult musicians in an area, but for a long time now the vast majority of the competitors are just 18, or less than 20 at any rate.
This Cork Fleadh was no exception to the above, but there were some very good players in the 15-18 age group and the over 18.
It's customary for the adjudicators in competitions to comment on the overall standard of playing, and other aspects of the music other than simply who won, and I have to say that the comments that I heard were excellent in the sense that they encouraged the kids to think about how they interpreted the tunes, and the versions of them that they played, and were also encouraging to all the competitors, not just the winners, and those recommended to go forward to the Munster Fleadh.
Disappointingly, there were few sessions, as I had suspected would be the case.
One other point that came up, in talking to some of the parents, was the difference between playing and performance. There are many musicians who are good players but poor performers, and I suppose that having to sit down and play your set of tunes in front of a formal adjudicating panel is a good way to develop your performing skills...something that sessions (or at least the majority of them) often fail to do. Food for thought....